Courtyard by Marriott Hotel – Burlington ON, Frank Vismeg, ON, Canada 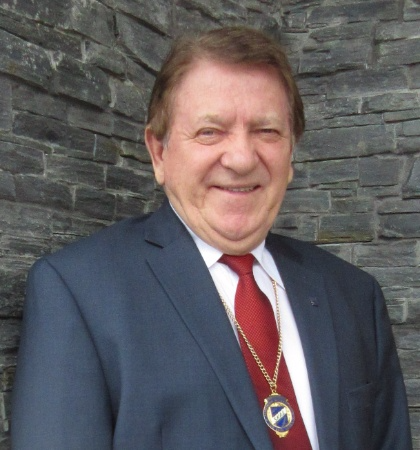 WTN FOUNDING MEMBER
Frank Vismeg has over 40 years of General and Executive Hospitality Management experience, internationally. Frank graduated with a diploma in Economics of Tourism and Hotel & Restaurant; he also participated in the Professional Development Program and received the Strategic Management Certificate from AMA. Frank has attended numerous programs in general management, sales & marketing and has received various certificates from Marriott Hotels;
Hilton Hotels; InterContinental Hotels Group; Radisson Hotels, and CENDANT Corporate Hotels. Since 1979, he has served as General Manager/Managing Director for several large full service hotels and convention centers in Canada, Florida, Romania and the Caribbean.

Mr. Vismeg has created successful ventures and coached investors new to the industry as well as increasing the revenues for experienced establishments. He has opened and operated upscale hotels for several franchises ranging from 118 to 822 rooms and suites. Under Frank’s leadership several hotels have received Awards for Business Excellence, Highest Quality Assurance Score and the prestigious 4 Star / Diamond designations. He himself has received special recognition from the Prime Minister of Canada 2010, the Premier of Ontario 2002, the Minister of Tourism 2001, Skål International 2010 and the Mayor of Oakville 2010, President of Croatia and most recently Premier Doug Ford.

Mr. Vismeg now brings his extensive experience to the growing industry of Medical Tourism. He has partnered with well-respected international doctors and business leaders to promote Medical Tourism internationally. Presently Partner of the Burlington Hotels Group Inc., which own and operate the Award Winning Courtyard by Marriott Hotel – Burlington ON Canada.

I am a tourism marketer specializing in digital and social strategy - ADARA the market leader in permission-based identity data that leverages real-time travel data ... Read More

As director of Part of You Tourism Sales & Marketing, I have over 30 years sales & marketing experiences in the hotel & tourism industry ... Read More

I am a travel writer for the past decade having a wealth of experience (more than 40 years) as an editor and writer. I am ... Read More

I am owner and Director of Transmundial Travel Agency and President of AVAVIT (Venezuelan Association of Travel Agencies with 300 members) www.transmundial.com.ve  | +582128603816 | ... Read More

CEO & General Manager for TransEagle Vacations, a wholesale tour operator located in Hialeah, Florida, USA, working in the travel industry since 1977, with a ... Read More

Agnes Mucuha, is the Chief Executive Officer for the Kenya Association of Travel Agents. Agnes is a graduate of United States International University (USIU), with ... Read More

As a publisher of AfricanDiasporaTourism.com, I have a global connection in the tourism industry. The online magazine explores and promotes the cultural heritage of people ... Read More

I'm the founder of Earth Changers, a startup and curated collection of positive impact tourism, launched in 2017 and accepted by UNWTO as a solution ... Read More

We are a safari photographic company based in South Luangwa national park in eastern Zambia. we have been in operation since 1999. we offer budget ... Read More

DIAMIR is one of the leading organizations of adventure holidays in the German-speaking area. The DIAMIR story began with the idea of designing German-speaking guided ... Read More

As founder and president of SOLENTINAME TOURS - Discover Nicaragua I implement and promote for more than 20 years good practice concepts of economic, socio-cultural, ... Read More

I am Sandeep Mathur, Director and Co-founder of Great Ocean Tours, Hong Kong. We are an inbound tour operator for Hong Kong, Macau, and China ... Read More

I am a founding director of this company established in the year 2007 and look after all its management. Before this, I have experience of ... Read More

I was State Secretary for Tourism in Hungary, later Ambassador, then Executive Director of UNWTO +36305556664 | [email protected]   Read More

Senior Marketing and Communication Specialist, based in Italy since 2000. Currently Marketing Manager for one of the most important Italian Camping Villages Group, loves the ... Read More

Destination Marketing APAC Regional Manager for Hotelbeds. My role is to engage the NTO's within APAC to promote their destinations to our customers worldwide and ... Read More

At a young age I was nicknamed ka-dollar as “anything she touched turned to gold”. A quality that has underpinned my career, driven by an ... Read More

Having been in the tourism industry for over 30 years in various fields: -Founder and Owner of International Golf Tour Operation; -Board member of SATSA ... Read More

I am Dr. Esther Munyiri. I am the Chairperson, Department of Hospitality and Tourism Management at Kenyatta University, Kenya. I am part of the Global ... Read More

Kwesi Eyison is the CEO of Pacific Tours, a leading Travel & Tours Company and the President of the Tour Operators Union of Ghana (TOUGH)and ... Read More

Hospitality Professional - 20 years experience. Served on SATSA Limpopo Board, Limpopo Tourism Board. I want to be part of the solution and will see ... Read More

Frances Kiradjian has been one of the most influential leaders in innovating the travel and hospitality industries for nearly four decades. Her experience spans from ... Read More