“NEXT GROUP” LLC was established in 2017 as a company providing services on event, transportation management and tourism. Out team consists of specialists who have a wide experience in organization of major national and international events, such as:

Conference of Ministers of Culture of Europe and its Neighboring regions – December, 2009

I World Forum on Intercultural Dialogue in April, 2011

II World Forum on Intercultural Dialogue in May, 2013

III World Forum on Intercultural Dialogue in May, 2015

The 7th Global Forum of the United Nations Alliance of Civilizations in April, 2016

IV World Forum on Intercultural Dialogue in May, 2017

V World Forum on Intercultural Dialogue in May, 2019

Transportation services for Mr. Roman Abramovich, the owner of Chelsea FC, and his team during the final match of Europa League, held in Baku – May, 2019

During these years, and provided services our Company gained confidence due to high service activities and further strengthened its positions in the field of organization of Transport and organization of international events.

The staff of the Next Group has been awarded with a number of positive references, certificates and letters of appreciation. For us, the most important thing is the quality of our services. 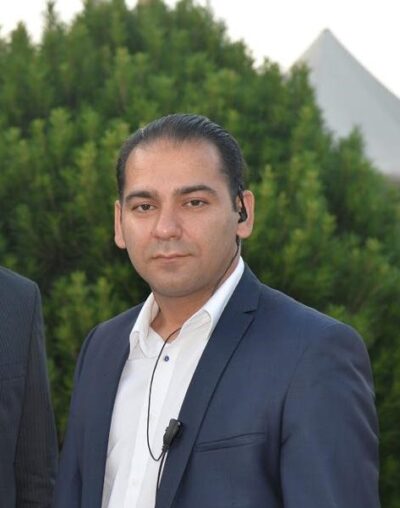 More information on the Safer Tourism Seal the award how to nominate www.safertourismseal.com Read More

I have been working in the tourism sector over 30 years with FIT , Groups, MICE , and Leisure tourism. One of our main priority ... Read More

Owner and manager of the oldest owner run hotel in Sicily, 4 generations since 1905. Board member of the local Hotel Association. The Major of ... Read More

“NEXT GROUP” LLC was established in 2017 as a company providing services on event, transportation management and tourism. Out team consists of specialists who have ... Read More

I am an experienced travel expert and with many years of experience in the travel industry. I enjoy making sure that my clients have a ... Read More

We run a successful Bed & Breakfast on Maui. I am a journalist too. I would like to contribute with helpful Information. peterthetrunk@hotmail.com Read More

I have been in the travel industry for more then 30 years. I am the owner and agent of Green Earth Travel-a full service travel ... Read More

Based in Johannesburg, we’re one of the leading names in South African exhibition organisers, with consumer event expertise spanning 43 industry sectors. Our mission is to ... Read More

+989121474530 | m.eshraghi@gmail.com https://surfiran.com/ As a leading tour operator in Iran, we know that tourism can have both an exceptionally positive and potentially negative impact ... Read More

President, Tourism Resilience Japan An expert in resilience and crisis management in the travel & tourism sector after experiencing the 2011 Eastern Japan Earthquake and ... Read More

Kym Pine is currently in her second four-year term as a member of the Honolulu City Council. The granddaughter of Filipino immigrants who came to ... Read More

Olga Krzemińska-Zasadzka, is a managing director of one of the fastest growing event agency in Poland, which she started by herself in 1997 and developed ... Read More

Dajana Vukojevic holds a doctorate degree in Human geography from the University of East Sarajevo. She completed and defended her PhD thesis, titled "The role ... Read More

We are an international Travel consultant who has been working with travel companies in Seoul for quite some time and am proud to be an ... Read More

An active player in the business events sector of 35+ years. President of Thailand Incentive and Convention Association with 500+ organization members. Joined WTN because ... Read More

From a humble beginning in Uganda, Fifi grew to an expert in Travel, Aviation, Media, Telecom, and FMCG industries, with 26 years of experience in ... Read More

Am passionate about TOURISM. & wherever I go I talk,& encourage people to support their environment. rubbytravels5@gmail.com +2347062777703   Read More

The Brazilian Humpback Whale Institute, where I work as Institutional development Officer, is one of the main nonprofit NGO promoters of Marine Ecotourism in Brazil, ... Read More

My late position as Director of Domestic Marketing Ministry of Tourism Republic of Indonesia. Now I run my own company, travel agent and also tourism ... Read More