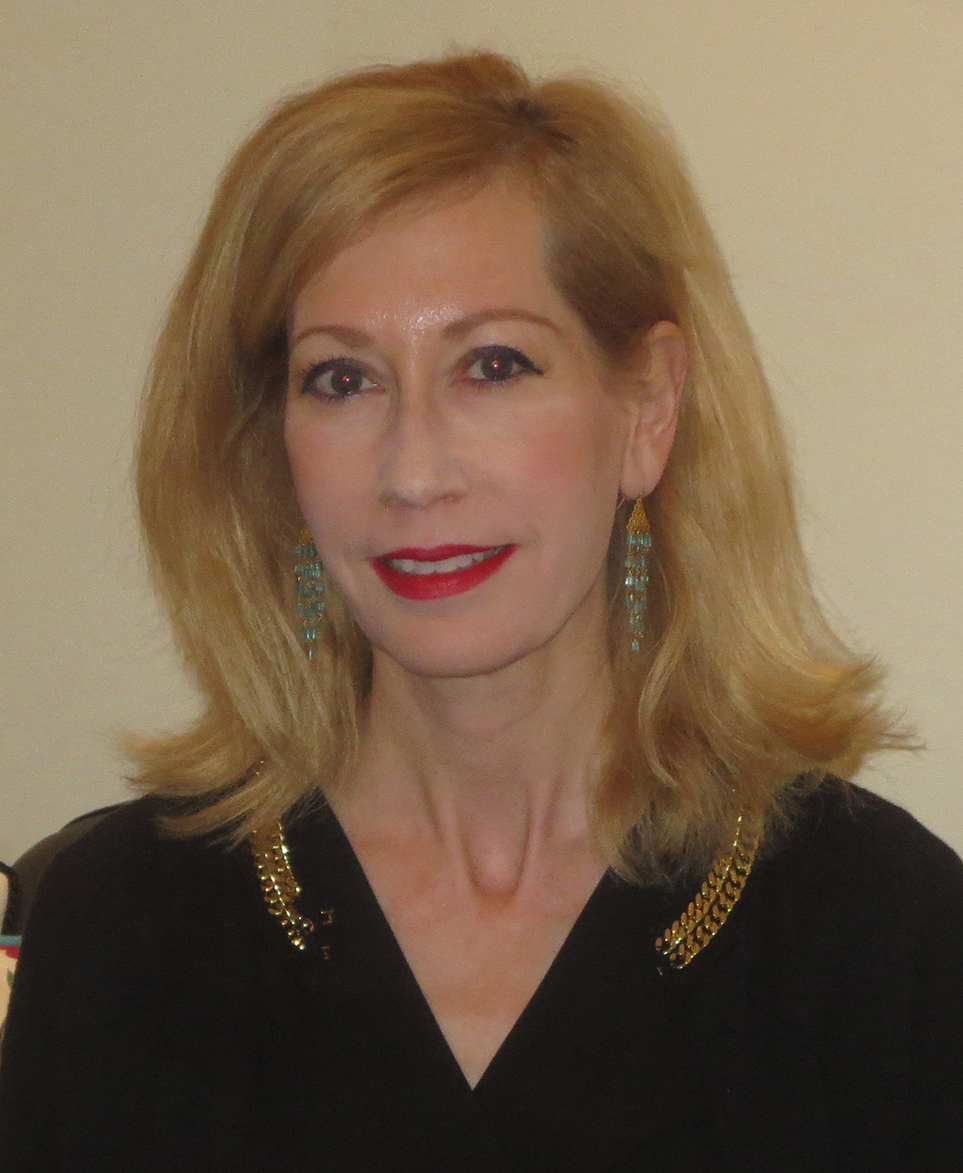 FELICE FRIEDSON has been at the forefront of creative media and communication for two decades. A communications major, Felice created a decade-long, nationally-syndicated radio program that brought her in contact with reporting from the Middle East. A seasoned television, print and radio journalist, Felice prides herself in presenting her story in context –whether reporting from Jerusalem, Sana’a or Ramallah.

In 2000, Felice developed the concept for The Media Line Ltd., an American news agency specializing in coverage of the Middle East which became one of the most prolific content providers to the region and around the world. Under Felice’s direction, The Media Line has become a primary source of reliable news and information to both the public and private sectors with a strong emphasis on economic coverage from Israel and Palestine.

Capitalizing on The Media Line’s reputation for credibility and complete reporting, Felice in 2005 established The Mideast Press Club, which has brought more than 200 Israeli and Palestinian journalists together as professionals. Felice has been recognized as a leading proponent of press access. In 2010, Felice foresaw the need for an initiative to support and empower Women in Mideast Media – an effort that became enormously important with the onset of the “Arab Spring.”

Felice has interviewed the leaders of the Middle East, from Mahmoud Abbas, Salam Fayyad and Riad Malki; to Binyamin Netanyahu and Shimon Peres; to officials of the Yemeni government. She served for a year as interlocutor between Israeli and Palestinian government officials negotiating the issues of press freedoms.

Passionate about journalistic standards, Felice has since launched the Press and Policy Student Program, two-track initiative in partnership with colleges and universities world-wide to provide the next generation of journalists and policy-makers the experience of working one-on- one with a mentor who is a seasoned pro in a working newsroom in one of the world’s most contentious regions.

Recognizing her role in creating an agency of unsurpassed credibility in one of the world’s most volatile and untrusting regions, Felice was honored to be named a delegate to the 2009 Global Creative Leadership Conference in New York. She has been twice nominated for the Charles Bronfman Prize – notably pursuant to a nomination submitted jointly by both Israeli and Palestinian journalists; and is a 2010 recipient of the Global Citizen Award from Orphans International.

I am a destination specialist, owning a DMC company in Vienna, Austria since 2002. I'm working in the incoming tourism business since 1994 and still ... Read More

[email protected] | +1-868-325-1143 Our goals are to continually improve the skills of Tourist Guides, by retraining and development of new Tours. https://www.linkedin.com/in/wendell-griffith-12ab471b/ Read More

Owner of Bye Bye Birdees Consulting Services, LLC Travel and Host Agency I think I would like to provide information to the travel professionals about ... Read More

We design travel experiences in Ecuador that connect the traveller with the Amazon Rainforest and the Achuar indigenous people, challenging them to explore and experience ... Read More

Launching a new form of travel marketing, we have a different approach that actively contributes to the financing of missions carried out by associations and ... Read More

Networking between people with the same interests benefits both their personal and professional growth. Food & Paths is an initiative of the Epirus Gastronomy Club ... Read More

I am the editor of Travel & Tourism News Middle East, the oldest and most established travel trade publication in the Middle East. My job ... Read More

I am a journalist correspondent for eTurboNews , USA Member of the Foreign Media Association, Rome, fully endorsed by the USA Embassy, Rome, and the ... Read More

Dr. Ruwantissa Abeyratne has worked in the field of aviation law and management for  forty years.  He is currently Senior Associate, Aviation  Law and Policy ... Read More

https://www.tourismplus.org/ | [email protected] | 9811199309 Joining WTN will help spread knowledge to the Operators for responsible tourism and, at the same, they will be the ... Read More

Dileep Mudadeniya possesses over 30 years of experience in travel, tourism, communication, and strategic planning both in public as well as in the private sector. ... Read More

Consultant Engineer Over 30 years Airports & Aviation Experience Represent RHH Consultant for aviation in the international airports' development sector. With my experience I can ... Read More

FOUNDING MEMBER Joining the WTN simply adds to our travel credo and guide of promoting a safe travel experience while keeping in mind the ecological ... Read More

I am the Founder and Managing Director of Molengoane Tours. We are an inbound travel agent that design itineraries and tour packages in Lesotho. Ensuring ... Read More

WTN Guidelines: How to Travel With the New Covid Strain Omicron?

World Tourism Network president Dr. Peter Tarlow, who is also the chaplain for the College Station, Texas Police Department, and an expert on travel & ... Read More

We have a Recreational Park that is a world standard in Abuja. by Prof. Jonathan Aremu theacropolispark.com [email protected] +2349030030888 Read More

[email protected]  | www.experiencenortherncape.com  +27538331434 The Northern Cape, a province within South Africa is uniquely positioned for an authentic adventure, nature and cultural experiences, and exploration. ... Read More

am head of Market Research and development for Ntsako Travel Africa. Our company is based in Pretoria, South Africa. In addition to serving the mainstream ... Read More

T’S ABOUT THE FAMILY AND THE OCEAN Get ready to experience the unexpected. Be prepared for the transformation of your family. You will be amazed ... Read More

I joined the World Tourism Network because I want to network with peers, learn from industry updates and available educational opportunities, and share general tourism ... Read More

Cordell is the Institutional Research and Planning Coordinator at the Bermuda College, a position he has held for 6 years. He is also Managing Director ... Read More

“My passion for travel began as a child and finally evidenced itself in high school College when as a rising sportsman, I had the opportunity ... Read More

am a highly accomplished and internationally acclaimed hospitality industry trailblazer, with 40+ years of hotel management experience from the high level executive and operational roles ... Read More

I am the Founder and Convenor of the Africa Brand Summit, which serves as a platform to monitor and assess the evolving brand image of ... Read More

Luxury FITs South Pacific and Africa and luxury cruises. The owner of Baryia Travel started in 1991! Thinking about it and see how to convince ... Read More