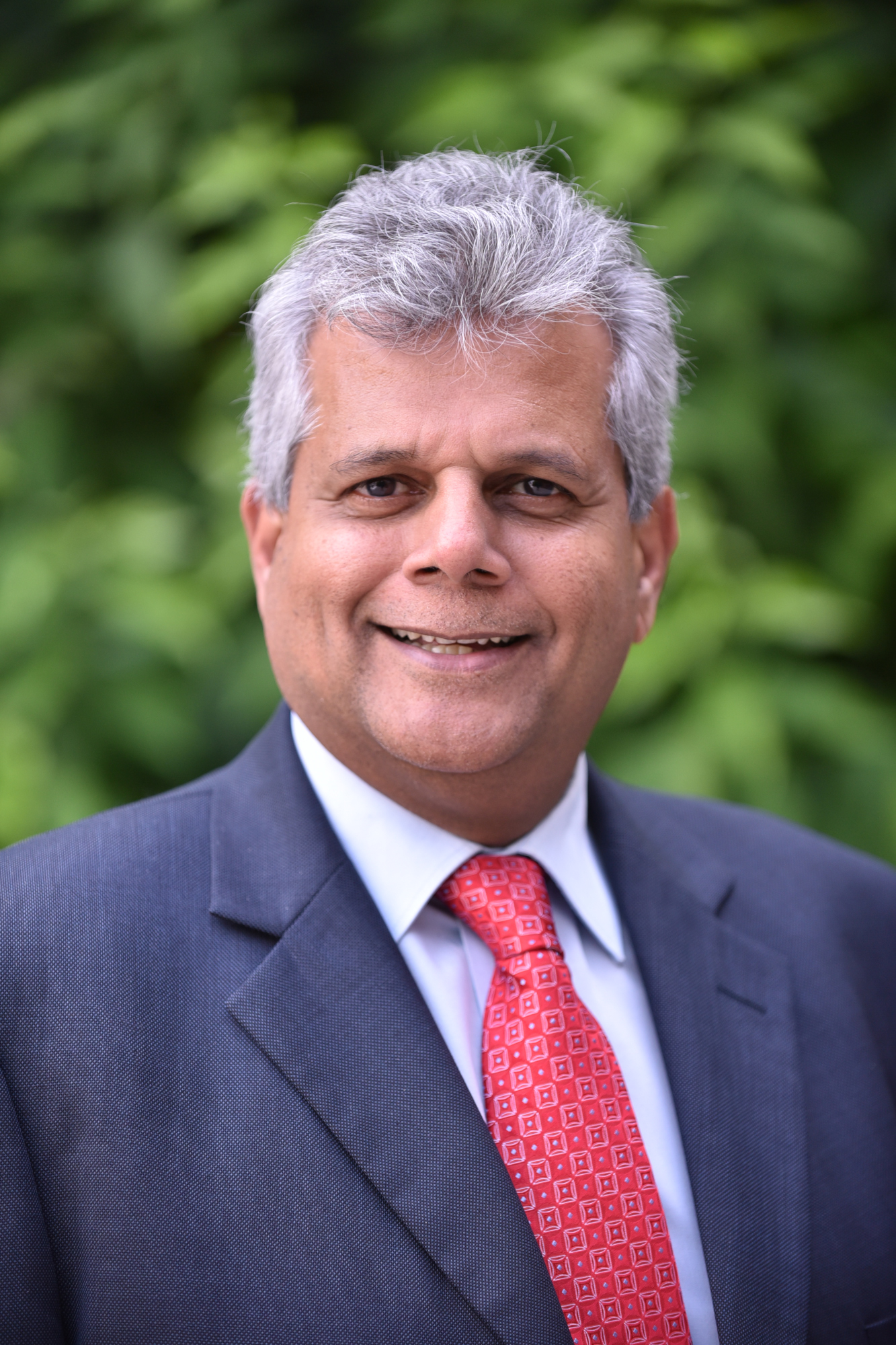 Vijay is a barrister (Middle Temple) with a law degree from the University of Nottingham, a Master’s degree in International Law from the London School of Economics and Political Science (with specialization in Air & Space Law), a Post Graduate Diploma in Air & Space Law from the London Institute of World Affairs and a Certificate in Company Direction from the Institute of Directors in New Zealand. Vijay is blessed with a supportive wife and two wonderful daughters.

Vijay was a Moderator at ICAO’s ICAN Symposia of 2009, 2010, 2011 and 2014, the 2012 ICAO Air Transport Symposium, the 2013 ICAO Pre-Air Transport Conference Symposium, the 2015 ICAO Meeting on the sustainable development of Air transport in Africa, the 2016 ICAO Aviation Training and TRAINAIR PLUS Global Symposium, the ICAO 2017 Traveller Identification Programme (TRIP) Regional Seminar and the 2018 ICAO Global TRIP Symposium and Exhibition. He was the Moderator of the CEOs’ Roundtable at the 50th AFRAA Annual General Assembly and Summit and the Joint Industry Group for Africa Aeropolitical Forum in 2018 and a Moderator at AFRAA’s 8th Aviation Stakeholders Convention on 13 May 2019. He will also be the Moderator of the two inaugural interactive sessions at the June 2019 ICAO Global TRIP Symposium and Exhibition at the ICAO Headquarters in Montreal.

Vijay’s over 30 years’ experience in the aviation sector has enabled him to build solid ties with ICAO and all its stakeholders, including with UNWTO and national and regional tourism authorities and consolidated his ability and reputation for progressive consensus building.

I believe in and promote the multiplier value of international civil aviation for cities, provinces, countries, regions and the world.
I also believe in and promote the contribution of tourism to national and regional socio-economic development, including jobs.
The airline and tourism industries are interdependent. With so many jobs lost, severe drops in income, the on-going health concerns and psychological impact, travel restrictions and the dire airline industry, tourism revival is not going to happen soon. And this will have another negative impact on the ailing airline industry.
Hence the timeliness of and need for #rebuildingtravel

Dipti is the Founder Director of a blooming new-age enterprise with ancient roots: Soulfull Journees (www.soulfulljournees.co.in), based in Mumbai, India. She also works as a ... Read More

To promote tourism in India during covid times IETO with its ambitious and inclusive framework that applies long-standing, high-standard trade principles to global trade. We ... Read More

My name is Seriki Abiodun, the CEO at Acumen Travels a Travel and Tourism company located in Africa Lagos Nigeria with over twelve years experience ... Read More

I am the founder of Kwezi Outdoors Ltd a tour operations business based in Kampala, Uganda. I am an avid photographer interested in promoting Uganda ... Read More

Myself Rajaneesh S.R, I am a postgraduate in Tourism & Finance from the National Institute of Tourism under Govt. of India (IITTM, Gwalior). I am ... Read More

We are a “Truly Nepali Hospitality Brand" & one of Nepal's fastest-growing hospitality group. Our main market is internal domestic tourists with an increasing number ... Read More

I am a journalist, I worked for 25 years at O Globo newspaper and website in Brazil, first as a travel reporter and in the ... Read More

[email protected] |  09820137703 I have been in the experiential travel space for 28 years now and call myself the Chief Happiness Officer of my company. ... Read More

I'm a Travel Advisor, located in Northern NJ, just outside of New York City. As a Travel Professional, I'm always keeping up with the issues ... Read More

About Paul Wilke, Founder/CEO Upright Position Communications. With feet-on-the-ground experience working on both US coasts and in Asia, Paul is focused on telling compelling stories, ... Read More

We are a serious incoming agent to Bali and all Indonesia. We are B2B. All our agents have a webapp where to check all their ... Read More

Experienced in Research Conservation, ecology, tourism industry over 15 yrs, attended mire than 15 International exhibiting conferences all over the world. I work as Chief ... Read More

http://www.linkedin.com/in/maxhaberstroh | [email protected] | +497722919211 Founding member After quite a long time-out, I feel like resuming my contribution to international tourism, which has been hit ... Read More

I have worked in the travel, hospitality, and tourism industry for over 15 years working with companies operating in consumer travel including HomeAway, Park Plaza ... Read More

Legend Tours is a fully fledge DMC based in Cape Town, we specialize in both in and outbound travel, we also focus on golf holidays. ... Read More

The Durban KwaZulu-Natal Convention Bureau is a partnership initiative of the KwaZulu-Natal Department of Economic Development, Tourism and Environmental Affairs and the Ethekwini Municipality to promote the ... Read More

+ 233553658400 | www.ctighana.org |[email protected] Prince Boampong is the CEO for Chamber for Tourism Industry Ghana. A strong advocate in the tourism sector in Ghana. ... Read More

Am Matthews Dontone Mfune, the Executive and Artistic Director for Sungani Zakwathu Cultural Heritage Association, a Cultural Tourism NGO based in Malawi. We work with ... Read More

For more than 40 years I have dedicated myself to tourism planning, as a professor of tourism and hospitality courses at undergraduate and graduate level ... Read More

Himalayan Adventure International Treks and Expedition is established to serve the best standard service by a Knowledgeable and skillful local team. It is established for ... Read More

Bolaji is the team leader of Naija Explorers base in Lagos Nigeria, we do showcase Nigeria's unique destinations to the world through our Tours and ... Read More

I’m chairman and Co/Founder of 2 leading DMC in Emirates and Egypt, in bound from Germany, England, France, Scandinavia, and Luxembourg. I need to brainstorm ... Read More