I didn’t realize it until later in life, but I was born to work in travel and tourism. My mother was a flight attendant for TWA before I was born, so I guess you could say I have jet fuel in my veins. I’ve long gravitated toward travel and tourism: My grandparents lived in the landing path of JFK, where I spent many hours watching the planes and faces descend into NYC.

Later in life, I cut my public relations teeth on clients like Singapore Airlines, Gulf Air and the Singapore Tourism Board, where I learned the economic power of tourism.

It was in December 2004, where my passion for travel and tourism took off. In the aftermath of the Boxing Day Tsunami, which shook many parts of Southeast Asia, I saw firsthand the importance of tourism on communities. I was working in Visa’s PR department at the time and we immediately sought out ways to bring a vibrant tourism economy back to destinations devastated by the tsunami. We were able to do that by sharing valuable cardholder spend data with tourism authorities which showcased where that recovery could come from. Ever since I’ve been passionate about the the power of tourism to drive a global economy, and have continued by work in tourism through being active in initiatives like President Obama’s Travel & Tourism Advisory Board, working with organizations like the UNWTO, SUNx and many other amazing groups. 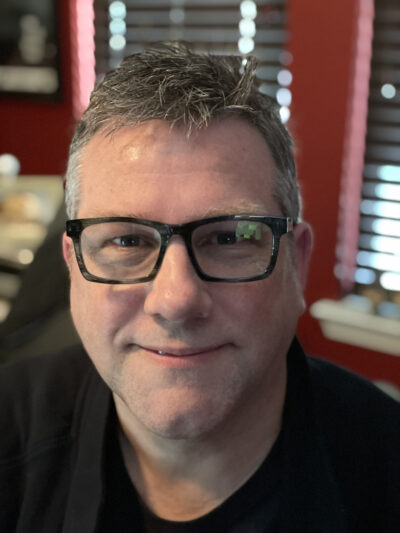 Dr. Ruwantissa Abeyratne has worked in the field of aviation law and management for  forty years.  He is currently Senior Associate, Aviation  Law and Policy ... Read More

[email protected] | http://www.mahrousa.travel/mahrousanew/ | +201200221212 We are committed to offering travel services of the highest quality, combining our energy and enthusiasm with our years of ... Read More

Myself Rajaneesh S.R, I am a postgraduate in Tourism & Finance from the National Institute of Tourism under Govt. of India (IITTM, Gwalior). I am ... Read More

My name is Harriet Owalla, a Kenyan travel journalist with People's Daily newspaper who desires to understand more about tourism and what experts are saying ... Read More

Vandita Hajra has over 8 years of academic and corporate experience. Her current teaching and research areas include Tourist Behavior , Tourism Marketing and MICE ... Read More

Since 1997, the writer and networking entrepreneur Carsten Hennig is specialized on worldwide hospitality management together with background articles, market analysis, and video newscasts, and ... Read More

Pascal Viroleau, is the CEO of the Vanilla Islands Organization based in Reunion. Pascal was the head of Reunion Tourism prior to joining the Organization ... Read More

I am the Founder of Merchantry Worldwide. An International destination management company, currently providing services to the US and European markets. Our main focus is ... Read More

Alexa is an entrepreneur, online journalist, podcaster, and brand ambassador. She is the founder of 52 Perfect Days , a site sharing how to spend ... Read More

I'm so interested in hospitality affairs, I passed all Tourism and Hospitality courses and finally, I graduated in Tourism planning Management DBA, I have more ... Read More

To promote tourism in India during covid times IETO with its ambitious and inclusive framework that applies long-standing, high-standard trade principles to global trade. We ... Read More

I have been working in the Hospitality and Tourism industry since 1995 and I am currently a Resort General Manager of 5 properties or lodges ... Read More

As general manager, I represent the DMC My World of Experiences. We are Local Experts for Andorra, France, and Spain. We LOVE creating experiences, thus ... Read More

Let’s venture to rediscover the places we love to explore—safely—right here at home in Manitoba. We can have our hearts set on things returning to ... Read More

Launching a new form of travel marketing, we have a different approach that actively contributes to the financing of missions carried out by associations and ... Read More

Expert of organizing travel and tours with professional experience for more than 20 years. Co-owner and General Manager of a Company France Groupe Ltd, which ... Read More

Judy Kepher-Gona is the founder and Principal Consultant at Sustainable Travel & Tourism Agenda- STTA. Judy is a sustainability coach with over 20 years experience ... Read More

Dileep Mudadeniya possesses over 30 years of experience in travel, tourism, communication, and strategic planning both in public as well as in the private sector. ... Read More

Founder of ecogo.org Author 134 books Speaker at numerous international conferences of the environment Lifelong and extensive travel including road trips And consulting in many ... Read More

+ 233553658400 | www.ctighana.org |[email protected] Prince Boampong is the CEO for Chamber for Tourism Industry Ghana. A strong advocate in the tourism sector in Ghana. ... Read More

Formed in 2009 with the acquisition of Travel Weekly Group from Reed Business Information, Jacobs Media Group is now Europe’s leading multimedia business for the ... Read More

Part of Hospitality Sector and with varied experience in Hotels, Qsr and Facility mgt 25 yrs of experience hospitality professional - Can be biggest contributor ... Read More

Tourism is life. And joining this great Network is giving me leverage to synergize with people of same focus driving to enhance the potentials of ... Read More

Recognised as Future of Ghana 30 under 30 and a Member of the For(bes) The Culture, Oswell Cole is the CEO of Wesc Holdings comprising ... Read More