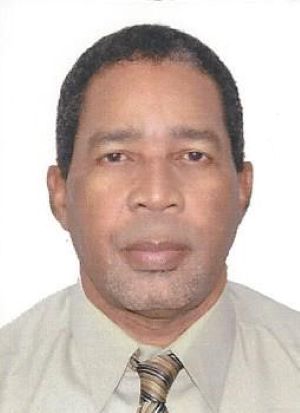 Caribbean Office of Trade & Industrial Development Limited has submitted this application to join the World Tourism Network to contribute to the development of tourism worldwide and to assist the WTN in the establishment of protocols for “commercial tourism & trade coordination and co-operation.

To establish a Chapter in the Republic of Trinidad & Tobago [in the Island of Tobago] and the concentration on Trinidad for the development of commercial tourism. Trinidad is one of the most industrial and manufacturing-oriented country of Caricom. In addition, Trinidad and Tobago was a founding member of the United Nations World Tourism Organization (UNWTO) under its predecessor – the International Unions of Official Travel Organizations (IUOTO) the country rejoined the UNTWO in 2013 after thirty-five years of absence, after concentrating mostly on energy gas and manufacturing s for the development of the economy. Major implementation of diversification of the economy is now a priority of the government of the country. It will be most appropriate to establish a chapter of the WTN at this time.

I am a Hong Kong based travel blogger, and I publish a travel blog called the Accidental Travel Writer. It is targeted at sports fans ... Read More

Founding Member: I'm the President of Dark Sky Association, a non profit organization, and coordinator of the European Network of Places of Peace. With a ... Read More

I want to become a member of WTN so that my travel company can get connected with global tourism experts. This will help my company ... Read More

Am Matthews Dontone Mfune, the Executive and Artistic Director for Sungani Zakwathu Cultural Heritage Association, a Cultural Tourism NGO based in Malawi. We work with ... Read More

Brogibro Safari and Events Management Ltd. is a Tour Operator based in Nairobi – Kenya and operates within East Africa Regions. Our main objective is ... Read More

I have been working in development for over 17 years. My sector focus lies in regional economic development, SME promotion, and responsible tourism development and ... Read More

As tourism consultant and journalist, I both research and cover stories from tourism and hospitality in my country Montenegro, regions of Western Balkans and Eastern ... Read More

I am an independent agent and owner of my Brick and Mortar. I have 12 yrs experience, many certifications. I have traveled all over the ... Read More

South Beach Group hotels: a collection of unique properties in Miami Beach : WITH 16 HOTELS AND OVER 1,200 ROOMS, SOUTH BEACH GROUP IS THE ... Read More

[email protected] | www.highlandexpeditions.com |9851029564 Managing director and group leader at Highland Expeditions with over 10 years of experience in trekking and mountaineering in the Himalayas. ... Read More

Daiichi Display Ltd is based in both the UK and Mauritius Display Ltd and we are the organizer of the International Tourism and Investment Conference ... Read More

Involved in the Tourism & Hospitality Industry for over 15 years as the Owner/Manager of a bed and breakfast facility in Port of Spain, Trinidad ... Read More

Indulgence Afrika offer bespoke travel and event planning services to our clients. Every person wants to celebrate their life event in a unique and special ... Read More

[email protected] | +1-868-325-1143 Our goals are to continually improve the skills of Tourist Guides, by retraining and development of new Tours. https://www.linkedin.com/in/wendell-griffith-12ab471b/ Read More

Maxine Borcherding, Taste and Compare Academy of Wine Spirits and Food, OR, USA

I lead food wine and culture tours to France, Spain, and Portugal in addition to teaching wine education classes in the USA. Rebuilding trust about ... Read More

by Benjamin Ibeh | [email protected] | +2348023374438 I am the general manager of Tamsaki Travel agency Ltd Portharcourt, River State Nigeria. We have been in ... Read More

Séverine is a leadership coach, mentor and innovation consultant. She has a vast experience in tourism, travel, hospitality and technology. A valued speaker, advisor and ... Read More

Susan McKee is an independent scholar and freelance journalist specializing in history, culture and travel. She writes for a wide variety of publications, both print ... Read More

At iZooto, we are helping the Travel and Tourism industry to convert website traffic to subscribers and then retarget them to drive conversions. Extend a ... Read More

Sitting on the global management team for AirlinePros International along with having responsibility for the UK office I am keen to work with like-minded individuals ... Read More

I am a travel consultant, Tour coordinator and the Managing Director of Alpha Adventure Safaris based in Uganda-Kampala for 11 years. www.ugandasafaritrips.com [email protected] Read More