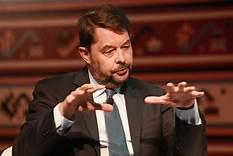 WTN for Decency in the UNWTO Election:

1. Since 2018, UNWTO has been dormant as an Organization, not unfolding its potential with its members, and carrying out a program of work with very few achievements in the face of the vibrant mandates of the previous Secretaries-General, Mr. Frangialli and Mr. Rifai.

2. This poor balance is due to three fundamental causes: the first, the lack of tourism leadership and knowledge on the part of the current SG, Zurab Pololikashvili, which have contributed to making UNWTO an irrelevant international player, at a time when decisive actions are required. The second, the culture of servility and fear that Zurab Pololikashvili has established among UNWTO employees since he assumed the functions of SG of UNWTO. The third, a consequence of the previous two, has squandered the initiatives of its best men and women by destroying the incentives to serve the membership and replacing it with a climate of fear and blind obedience to internal bureaucratic norms and service to the leader to keep their employment.

3. Faced with this grim picture, the candidacy of H.E. Shaikha Mai Bint Mohammed Al-Khalifa from Bahrain is great hope for those of us who support tourism and value UNWTO, as her personal and professional characteristics are essentially different from those of the current SG. She has a deep knowledge of the sector, is a skilled manager of human and financial resources, and wishes to address the concerns of members as a priority, starting with everything that has not been done to address the disastrous consequences on tourism of the Covid- 19.

4. In this mandate, the current SG has been acting unethically in his management conduct, favoring his personal interests over those of the Organization.

5. A clear example was his proposal to the Executive Council to advance the meeting of the said Council, which should nominate the SG to January 18, 2021 in Madrid, when its normal date of celebration should be May 2021.

6. This advance of dates drastically shortened the times for the presentation of candidatures to SG, since it was taken in the Council of Georgia, coincidentally the country of the SG, which is not even a member of the Council, on September 17, 2020, limiting the term of presentation of candidacies to November 18, 2020 (two months before the new date of the Council). Normally, the candidacies could have been presented until March 2021. Obviously, this situation favors the current SG by limiting the number of candidates to compete for the post. In fact, only Bahrain’s candidacy was able to arrive on time, which is totally unusual, since in all previous elections there have always been several candidacies from different countries.

7. The reason that the SG gave the Council in his proposal to advance the dates was to make it coincide with FITUR, at the request of the Spanish Government, but a few days later Spain decided to move the date of FITUR precisely to the month of May due to the difficulty of travel of the delegations of countries in January due to the pandemic. However, the SG decided to keep the January date for no good reason.

8. On the other hand, this first Executive Council of the year is responsible for approving the audited accounts, as established in the bylaws of the Organization. This will be

impossible to do since the audited accounts will not be prepared until April, thus violating the statutes.

9. Additionally, the current and foreseeable situation in January of the pandemic will make it practically impossible for most of the delegations to travel to Madrid to participate in person in such an important meeting, and they will have to rely on the presence of Ambassadors and/or hybrid participation formulas face-to-face and online. A meeting, as important as this one, that nominates the SG, should be held with all the guarantees of the integrity of the election process for legitimacy, which does not appear to be possible in these circumstances.

10. There is no justification for advancing the dates of the Council, except to serve the interests of the current SG in his bid for re-election.

11. During this mandate, Council meetings have become more social gatherings with numerous recreational activities, limiting the time devoted to meetings and discussions about the running of the Organization, which means that Council members also have difficulties exercising their oversight function of the work of The Secretariat, which is accountable to the Council.

12. Most of the travel of the Secretary-General, mainly from 2019 onwards, including the pandemic year of 2020, has taken place to countries members of the Executive Council, rather than a more balanced travel plan to various regions and countries regardless of whether they were members of the Council or not. The untold intention seems to be too obvious to secure votes, rather than membership services. Yet the Organization is composed of over 150 countries and not only the 35 EC members who nominate the next Secretary-General.

13. UNWTO’s relations with numerous international organizations (WTTC, PATA, WEF, etc.) in the field of tourism have been losing strength, influence and respect during this mandate.

14. The Secretariat is organized around personal affinities of the SG ignoring the merits and experience of the staff. Many valuable and experienced staff members of the Organization have had to leave during this term.

15. With regards to the Americas, a Regional Director was never appointed after the previous one left on December 31, 2017. The Deputy Regional Director, who has been doing an excellent job, has been left with very limited resources and was kept in the same capacity as the deputy without appointing a director, which shows a lack of interest and attention to the needs of the members of the Americas.

16. The Director of Human Resources left the Organization in 2018 not agreeing with unethical practices that the SG began to introduce in staff-related issues.

17. The Director of Administration and Finance and the Chief of Information Technology and Communications, who also left the Organization in 2018, have filed lawsuits against Zurab Pololikashvili in the courts of the International Labour Organization (ILO). UNWTO has already provisioned more than 200,000 euros in possible compensation for damages related to these lawsuits, damages that, in the amount determined by the courts, must be paid by the Members.

18. The limited capacity for reaction and leadership of the UNWTO in the current situation of difficulties that the tourism sector is going through, due to the pandemic, has been severely criticized in international tourism circles, questioning the role of the Organization. Even many members have expressed their disappointment with the current management.

19. The candidacy presented by Bahrain of Shaikha Mai Bint Mohammed Al-Khalifa would represent the first woman to head the Organization’s Secretariat since its creation 50 years ago and would help to regenerate the organization and restore its ethical integrity and governance of its members.

20. Shaikha Mai Bint Mohammed Al-Khalifa, current Minister of Culture and Antiquities of the Kingdom of Bahrain, is a highly respected person in the international community and enjoys great prestige, especially in UNESCO. She has worked on numerous international projects linking culture and tourism.

21. In these difficult times, Shaikha Mai Bint Mohammed Al-Khalifa has the right conditions to promote the Organization and regain the trust of the international tourism community. See her biography and program attached

The Emerging Tourism Enterprise Association is a Namibia Non Beneficiary Organizational that speak mainly for grassroots and inclusivity for the majority of the Namibian population ... Read More

Travel journalist from Spain, willing to understand where the business is heading to. [email protected]  | www.elenadelamo.com Read More

by Lindi Mthethwa | www.bonhotels.com | [email protected] I have been in the hospitality industry for 17 years and currently Group Sales Director at BON Hotels ... Read More

To expand my knowledge about the existing and current situation in global tourism, especially after covid-19, and to present more about tourism in Iran. All ... Read More

The world is looking forward to meeting again at the World Travel Market in London November 2-4, 2021 The strict safety and security policy released ... Read More

Drew Barrett, a son of Chicago and self declared Global citizen, is a marketing expert by vocation and education with 4 decades of experience working ... Read More

I have been involved to tourism sector since 1998, when I served as the project manager of the tourism exhibition PHILOXENIA, held in Thessaloniki, Greece. ... Read More

ALMATES  Travels & Tours Ltd, Abuja, Nigeria We do domestic, Regional, and International Tourism. Member of SKAL We are a travel and tour management company. ... Read More

I'm the founder and director of Awei Nature Tours. I also work as a trip coordinator for other companies that organize high school and university ... Read More

Blessings. I have long been an Associate, Admirer, and Respecter of Dr. Peter Tarlow and the many and wonderful works upon which he has engaged. ... Read More

Nepalaya Treks And Expedition are experienced and registered trekking and travel companies in Nepal. our work during the last 12 years. organize many Trekking and ... Read More

Marketing, sustainability, business development, and intercultural consulting, specialized in the tourism and hospitality industry. One of the mandates at Majic in Motion as developed by ... Read More

25 years of experience in travel and tourism with a commitment to optimal use of natural and cultural resources on a self-sustaining basis, therefore creating ... Read More

Learning Opportunities Around the World of Tourism in all countries. [email protected] | +6805878389   Read More

Tony Smyth hails from County Cork in Ireland and has lived in Hong Kong for 30 years. Tony is Senior Vice President with iFREE GROUP ... Read More

TAMARKS TRAVELS AND TOURS LIMITED by TAMARAMIEBI ABIRI I JOINED WORLD TOURISM NETWORK BECAUSE I WANT THE GREAT MEMBERS OF THIS NETWORK TO ASSIST ME ... Read More

Director of the travel and tourism newspaper Expreso. Tourism journalism is a very important part of tourism and we want to support this network www.expreso.info  ... Read More

Mr. Brian Frontin is the Group Chief Executive Officer of the Trinidad Hotels, Restaurants & Tourism Association (THRTA) and the Trinidad and Tobago Hospitality and ... Read More

My Name is Emma Ndambiri from Nairobi, Kenya. I am the co-founder and managing director of Pack & Go Tours and Travel Ltd, a tour ... Read More

Destination Marketing APAC Regional Manager for Hotelbeds. My role is to engage the NTO's within APAC to promote their destinations to our customers worldwide and ... Read More

I am the manager of security and safety at my place of employment. As we press forward to operations in the aftermath of COVID I ... Read More

The ravages of the COVID pandemic have been quite devastating to the hospitality and tourism industry. My contribution to this was an article, co-authored with ... Read More

Tarita Davenock, Travel For All, Nanaimo, BC, Canada

Our Founder, Tarita Davenock was diagnosed with Multiple Sclerosis- Struck with the realization that her life would never be the same. This one-time Social Worker; ... Read More

My name is Brittany Hepple, i am a Communications Coordinator at The Bahamas Ministry of Tourism and Aviation. My Role is to communicate to future ... Read More