Dr. Taleb Rifai Response to the letter of the UNWTO Executive Council 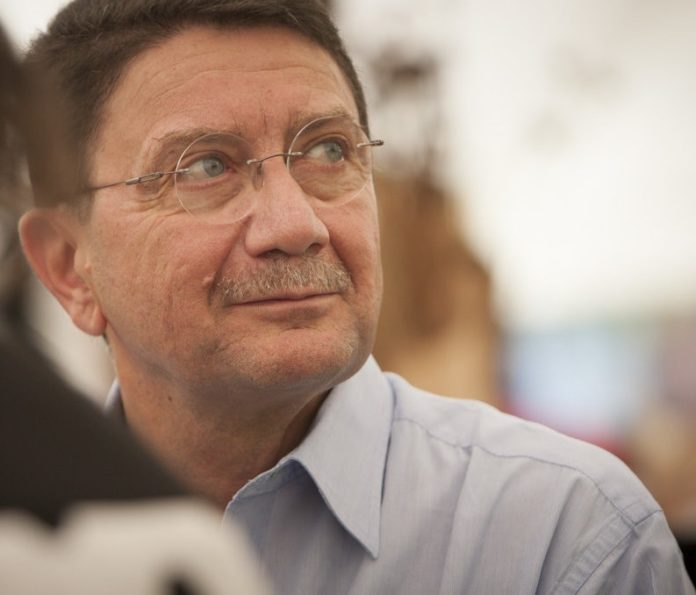 It is with great pleasure that I finally receive a reply to the joint letter I signed with Francesco Frangialli, still in December 2020, on the timing of UNWTO elections to Secretary-General, and I thank the Honorable President of the Council for it. You may recall that in our letter, we proposed the Secretariat to reconsider the January 2021 timing for the 113 Executive Council following the change in dates of FITUR from January to May 2021.

I cannot but welcome and appreciate the remarks made by the Hon. President of the Council that legality was strictly observed in the decisions of the 112 and 113 Executive Councils. His reassurance is comforting, although we never challenged the legality of either set of decisions: our comments were made from the broader perspective of ensuring the fairness of the whole process.

Dear friends, I never argued the Council decision was not legal. As Francesco Frangialli recently put it, legality is not enough. In manipulating the process, you can be both legal and immoral 7.

What to say when the only alternative candidate left was confronting an impossible timeframe to the campaign, most of it through the Christmas and New Year period when Tourism administrations were closing for the year?

What to say when the Secretary-General attended the FITUR organizing committee meeting that changed dates from January to May and took no action to adjust the Council dates within the FITUR framework as mandated by the Council?

What to say when the Secretary-General left the January dates for the Council knowing he would breach the Financial Regulations by so doing?

What to say when the Ethics Officer expresses herself 8with growing concern and sadness that previous practices had suddenly been discontinued leaving ample room to opacity and arbitrary management?

In an insightful report, the Joint Inspection Unit of the United Nations 9 warned Members about elections of Executive Heads of Agencies when an internal candidate contending for that position takes part: Internal candidates running for the post of the executive head may misuse or abuse their functions and resources (e.g. contacts, travel, office facilities, staff, etc.) to serve  their own campaigns. This situation would not only be unethical but would also result in unequal opportunities between internal and external candidates and may lead to staff division.

The Inspectors were in fact so concerned by that possibility, they later added: Such behavior, in view of the Inspectors, should always be considered illegal and unethical, and be condemned. If an internal candidate or a successful external candidate is alleged of such practices, they should be subject to an investigation and disciplinary process.

Against this background, the 113 Executive Council issued a recommendation for the election of Secretary-General, which you have before you. It is now time for you in view of all the arguments, and of the opinion you have of the candidate, to vote for or to vote against. You are free to do it either way and the voting mechanism should guarantee your secrecy: The future of the Organization is in your hands.

With my warm personal regards to you all,

I spoke on Smartcity Tourism Africa so became more aware of the platform and the capability of partnering to grow tourism in Africa via enhanced ... Read More

am a result-driven strategic business leader with a career demonstrating outstanding performance and progressive experience in the international TMC marketplace, managing budgets in excess of ... Read More

Chairman: Juergen Thomas Steinmetz is the founder of Rebuilding.travel and the World Tourism Network He has continuously worked in the travel and tourism industry since ... Read More

Cristina Jonsson, The University of the West Indies, Barbados

I have worked and served as a consultant in both private and public sector organisations in different countries. As a polyglot mastering seven languages I ... Read More

Valeria Tours - is an Angolan based Travel agency, created on the 28 December 2008, and provide the following Services: General Sales Agent (GSA) for ... Read More

I’m the founder of the incoming travel agency Mucumbli Explore in São Tomé and Principe, and member of the board of the São Tomé and ... Read More

I am a Tourism professional in Bangladesh and serving the industry for more than 3 decades. Bangladesh is a least known country in the Tourism ... Read More

I am a tourism entrepreneur, operate boutique heritage hotels, an eco-farm to breed horses, milch cattle, and produce organic vegetables.I am an ace horse & ... Read More

Owner of STR accommodation in Johannesburg called Just a Breeze, but I have started a consultancy/support group for hosts in the hospitality industry called Super ... Read More

Executive Vice President and COO at the International Association of Exhibitions and Events, a trade association representing 12,000+ in 52 countries. The focus is on ... Read More

Anago James Akeem Osho is a multi award winning cultural and tourism professional. He is a curator at Badagry Slave Museum, and Afro - Brazilian ... Read More

As a freelance photojournalist, happy to use my professional experience and qualifications as a vehicle to promote, innovation, tolerance, and understanding of diverse cultures, nations, ... Read More

Zamsato is a Zambian family-owned tour operator based in Livingstone. We are operating for 5 years now. Our focus is on small group safaris in ... Read More

I want to meet other tour operators around the world and promote both outbound and inbound tourism http://www.peacefulskytravel.com | [email protected] | +2348064639398 41 AJOSE ADEOGUN ... Read More

I would like to connect with my colleagues to be at the forefront of the current developments in tourism and global marketing. www.kimep.kz  | [email protected] ... Read More

My name is Huda Mahfouz Manager of Tourways Travel incoming and outgoing travel agency located in Jerusalem/İsrael and we cover Israel and Palestine,, We offer ... Read More

Marketing, sustainability, business development, and intercultural consulting, specialized in the tourism and hospitality industry. One of the mandates at Majic in Motion as developed by ... Read More

I am a trained journalist with flair for tourism, I am actively involved in tourism development in my state nas Nigeria at large. I believe ... Read More

Senior Analyst and Consultant at Leve Global, with experience in tourism and trade in over 15 countries worldwide including the Americas, Africa, and Europe. Providing ... Read More

As tourism consultant and journalist, I both research and cover stories from tourism and hospitality in my country Montenegro, regions of Western Balkans and Eastern ... Read More

I am a consultant and writer on wildlife conservation through non-extractives uses (eg Ecotourism) with 40+ years of experience in helping to develop and promote ... Read More

Top 100 women in Africa in tourism for social media, speaker on social media for tourism. My experience and knowledge of Africa and the world ... Read More

I am an experienced travel expert and with many years of experience in the travel industry. I enjoy making sure that my clients have a ... Read More

I am a hotelier and service provider in the tourism industry of Mafia Island in Tanzania and active in the industry in associations and organizations ... Read More

I am currently a consultant on a human capital development projects at JITOA aiming to bridge the skills gap through enabling workforce with cutting edge ... Read More