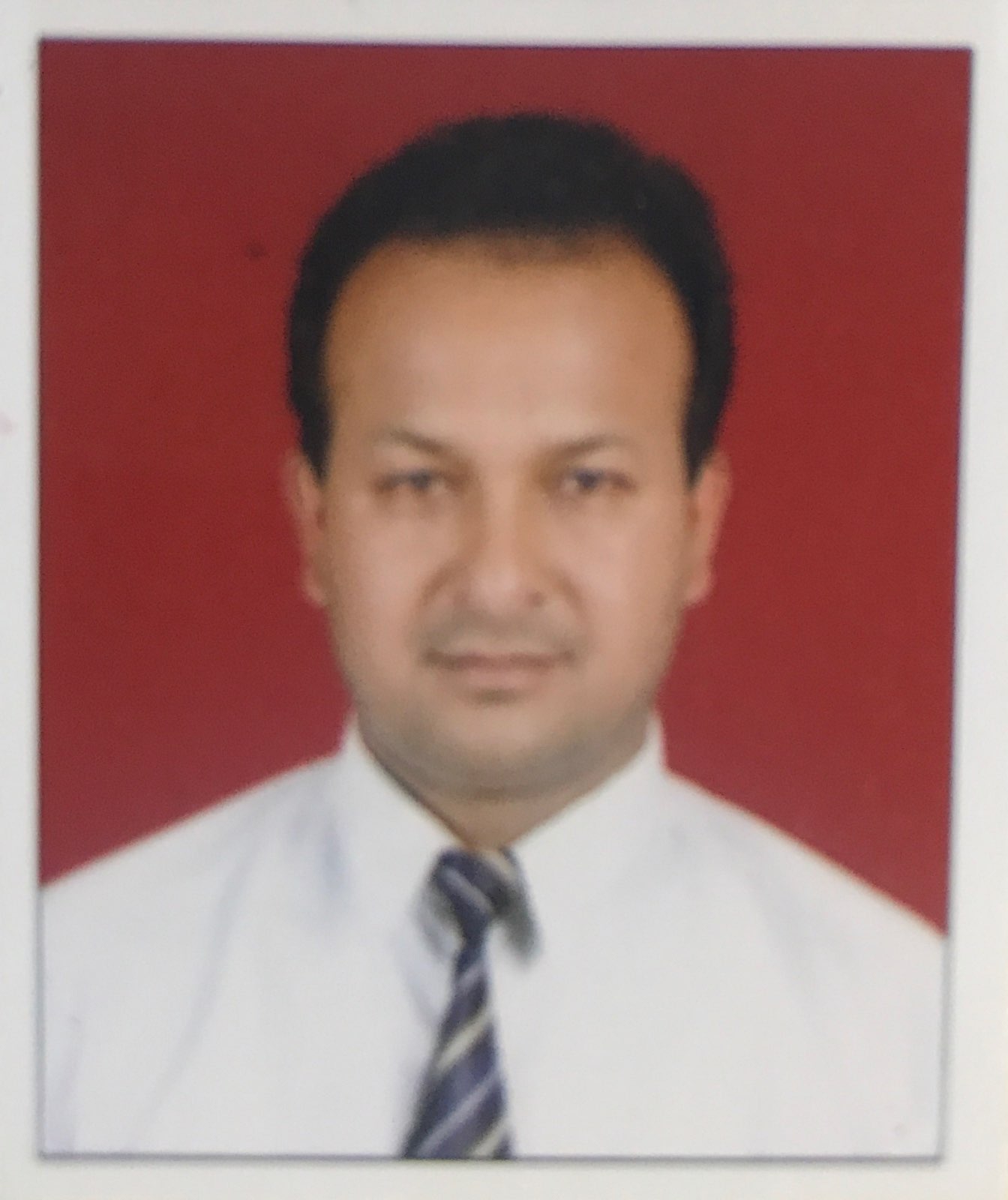 Rana Bahadur Khadka is the Managing Director and also the founder of ‘Adventure Himalayan Travels & Treks’. He is also associated with Government of Nepal (Ministry of Culture, Tourism & Civil Aviation) as a chairman for Mechi Hilly Region Promotion Development Committee. Previously, he was also the Managing Director of ‘Hard Rock Treks and Expeditions’, and hence he has been involved in the field of tourism for over 20 years now. Born in Taplejung district of Nepal in 1971, Khadka always had this desire to work in the field of tourism from early age. As he has worked in this field for so long, Khadka has very good relationships with different travel and tour companies not just in Nepal but also from various other countries. He is successful tourism entrepreneur. He was also Vice President of the Trekking Agencies Association of Nepal (TAAN) from 2011-09-06 to 2013-09-20 for two years.

A seasoned tourism entrepreneur of Nepal, Mr. Khadka served as the Vice President of Association for Tourism in the year 2001, until 2003 and also became the President from 2003-2005. Likewise in the past, between (2000-2005), he was also the director of Madhuban Guest House. Khadka has had a proud history also serving as the Secretary of TAAN from 1999-2001. He had successfully completed International Tour Leader Training in Bangkok, Thailand in 2008. Khadka also served as a tour leader when he was leading Nepal International Company Sawadee, Shoestring and Blue Planet Company in Netherlands.

In Nepal, he has led many treks to Everest, Annapurna, Langtang, Kanchenjunga, Humla, Rara, Khaptad, Lumbasumba Pass and many more other trekking destinations. Over the years, he had led many groups tour all over Nepal. His experience in planning successful climbs to the Island Peak, Meera Peak, Lobuche Peak, Barunche, Cho Oyu, and Pumori are his great assets which eventually turned out to be of great help in his successful ascent to the Mount Everest back in 2007.

Likewise, he has participated in many National and International tourism fairs. He was also one of the delegates during the sixth meeting of China’s Tibet-Nepal Joint Tourism Coordinator Committee.

Adventure Himalayan Travels and Treks is one of the Nepal’s leading tour operators. We specialize in a wide variety of tours, hikes, treks and mountaineering expeditions in Nepal, Tibet, Singapore, Malaysia, Thailand, Bhutan and India. Our company is based in Nepal’s capital, Kathmandu. Established in 2011, Adventure Himalayan Travels and Treks strives to provide high quality and personalized service throughout your stay. We employ an extensive, versatile group of travel specialists who will assist in tailoring the itineraries to suit your interests, abilities and time constraints. We are qualified to take care of every aspect of your trip. From airport transfers and hotels, hiking and trekking to flight tickets, guides,…

I am President and owner of Pacific Heights Travel. I have over 40 years of experience as a Professional Travel Advisor, providing individual time and ... Read More

I am President of Transeair Travel LLC in Washington, DC. This is my 60th year in the travel business, arranging group and incentive travel worldwide. ... Read More

Anago James Akeem Osho is a multi award winning cultural and tourism professional. He is a curator at Badagry Slave Museum, and Afro - Brazilian ... Read More

As a recognized practitioner of the environmental sciences for 30 years as well as an ABCEP Certified Environmental Professional, I now specialize in creative linkages ... Read More

FOUNDING MEMBER: Delphine is an expert in tourism businesses. Her presence here will enable her to meet like-minded persons who apart from expanding her network ... Read More

I am the Chief Experience Officer of Traversel Pte Ltd and have over 20 years of experience working in digital, marketing and branding, with a ... Read More

Pamela Ateka is the founder/CEO of Community Focus Group, Women In Democracy, and Governance, WIDAG ENTERPRISES.Ms. Ateka has over 20 years of experience working in ... Read More

I am the CEO of a DMC in Brazil. We organize tailor-made travels in Brazil for 20 years. It is the first time I participate ... Read More

Talented and seasoned Special Events and Tourism specialist with 30+ years background in the creation of special events with planning, sponsorship, fundraising and national and ... Read More

We have 30 years of River Cruise experience and also experience in expedition cruises.We are a small vessel cruise company with 40 river vessels around ... Read More

www,tourism.si.gov The ministry of tourism and cultural affairs is tasked with the responsibility of contributing to the transformation of Sierra Leone into a middle-income country ... Read More

I am a founder of the above organization based in Zimbabwe. We work with orphans. Vulnerable. Drug addicts and also do child advocates. but currently, ... Read More

Drew Barrett, a son of Chicago and self declared Global citizen, is a marketing expert by vocation and education with 4 decades of experience working ... Read More

I am the Founder & CEO of 5AM Global, A full-service strategic marketing agency. We are based in Las Vegas Nevada, USA, and work with ... Read More

I spoke on Smartcity Tourism Africa so became more aware of the platform and the capability of partnering to grow tourism in Africa via enhanced ... Read More

A keen observer with good analytical skills, Ujjwal is a key member of the Immerse family. In his corporate career with the leading DMC of ... Read More

I am the Founder and Managing Director of Molengoane Tours. We are an inbound travel agent that design itineraries and tour packages in Lesotho. Ensuring ... Read More

I represent Shikhar Travels (India) Pvt. Ltd., a leading Destination Management Company and adventure Tour specialist in India. We have an experience of 41 years ... Read More

I am currently Head of Sales at Private Safaris, a DMC in Southern Africa. I have over 20 years of experience in the travel and ... Read More

I am the CEO of Skål International, a professional organization of tourism leaders around the world, promoting global tourism, business, and friendship since 1934. www.skal.org ... Read More

Turismologist, Travel Journalist and Writer His research interests include Tourism, Media and Communication Studies. In 2019 he was appointed as Associate Expert in the field ... Read More

I am Sudama Karki Chhetri, from Kathmandu Nepal and working in the tourism Field in different Sectors since 1991. Since 2009 started its own Business ... Read More

The World Tourism business has been established to address the common issues of interest for business to contribute towards the growth and development within the ... Read More

I have been in the travel and tourism industry for over 20 years, working in Aviation, Adventure Tourism, Resort marketing and sales, International tourism representation, ... Read More

I'm the HOD and Senior Lecturer at the Tourism & Event Management Dept at the Central University of Technology, Free State. I have 15 years ... Read More

Typsy is a leading provider of online hospitality training to companies globally. We have over 700 online video lessons, on a purpose-built platform great to ... Read More

Stella Appenteng is the CEO of Apstar Tours a Destination Management Company based in Ghana and established 26 years ago with an array of experience. ... Read More